MMP: An opportunity to increase women’s participation in government

Op-ed for the Guardian

Over the past 15 years, the Coalition has consistently advocated for a proportional electoral system, not because it benefits or disadvantages some parties over others, but because research shows that it tends to elect more women. 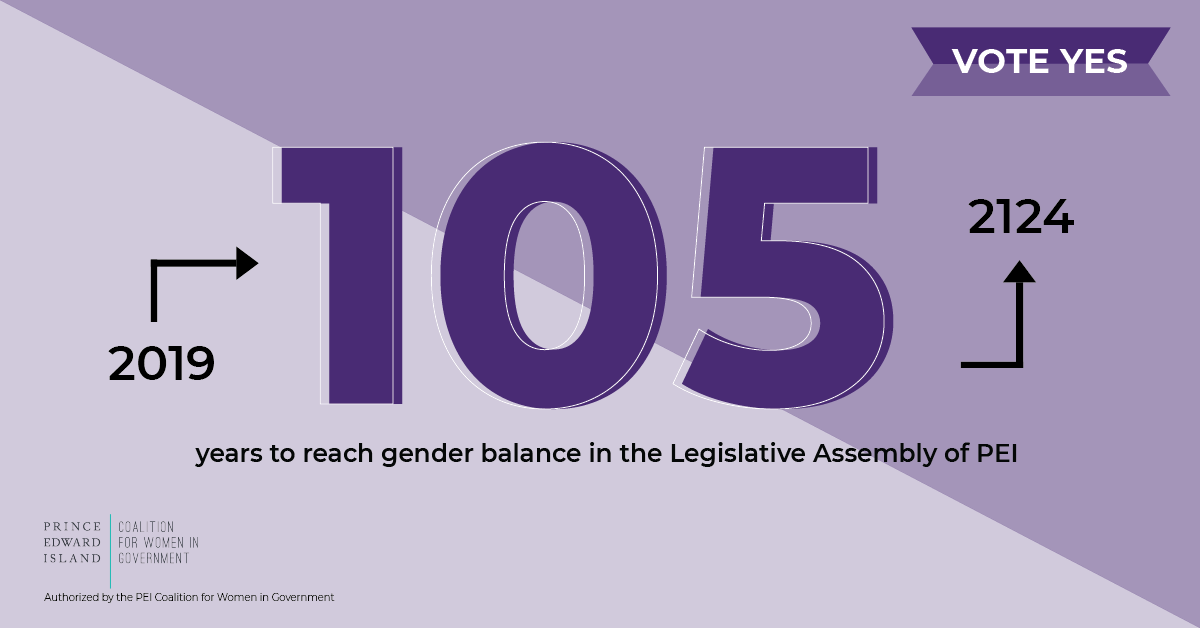 As we enter the final week of the provincial election campaign the Coalition for Women in Government is focusing on promoting MMP as an opportunity to increase the participation of women in the Legislative Assembly of PEI. More women are running in the 2019 provincial election than any other election in PEI’s history. But within the first-past-the-post electoral system, it’s taken more than 150 years to reach this milestone. In fact, it’s taken 30 years to move from 27% women candidates in 1989 to 33% in 2019. At the current pace of change, it will take 105 years to reach gender balance in the Legislative Assembly of PEI.

How do we accelerate this glacial pace of change?

The answer is of course multifaceted. It will take a concerted and sustained effort on behalf of individuals, political parties, and the legislature. At the Coalition we believe one piece of the puzzle is modernizing the electoral system. No electoral system includes guaranteed incentives to increase the representation of women and diverse groups. Yet, when we look at the jurisdictions around the world with the highest percentages of women the overwhelming majority (84%) use some form of proportional representation.

Over the past 15 years, the Coalition has consistently advocated for a proportional electoral system, not because it benefits or disadvantages some parties over others, but because research shows that it tends to elect more women. Our current system (FPTP) is based on presenting candidates one by one, district by district and women are not often enough selected as the candidate. When parties can run candidates in each district and also create a list, they can choose a more balanced slate with more variety of candidates. It also creates a contagion effect between parties: each party wants as varied and strong a list as every other party, so diversity catches on. All parties will benefit from the diversity of perspectives and experiences new voices will bring.

The proportional system on the referendum ballot is called Mixed Member Proportional, which combines first-past-the-post district seats with open-list proportional seats. This option is exciting because it has been shown to increase the opportunity for advocacy. Research shows women elected under MMP open-list systems are more likely than women elected under closed-list systems to raise women’s issues to their caucus, work collaboratively with other women to further women’s issues, and vote in support of women’s issues.

Ultimately, at the Coalition our vision is to see better outcomes for Islanders from leaders as diverse as the population. At a time when women’s voices are desperately needed at decision-making tables, can we afford to wait 105 years for gender balance? Islanders have a chance this election to vote for a new way of electing representatives. Voting yes for MMP is one way to create new opportunities for diverse voices to be heard.