November 27, 2017, Charlottetown – The Coalition for Women in Government congratulates Hannah Bell on her historic win as the first woman member of the Green Party to be elected to the Legislative Assembly of Prince Edward Island as MLA for District 11. 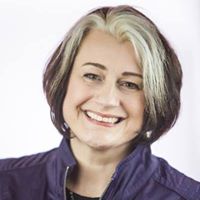 Dawn Wilson, Executive Director of the PEI Coalition for Women in Government says, “We’re thrilled that voters elected Hannah Bell to represent District 11 in the Legislative Assembly of PEI. Today is a good day for women in PEI. Having worked with Hannah Bell on a number of projects, we know that her colleagues in the Legislature from all parties will find her willing to collaborate and innovate.”

Coalition for Women in Government board member and District 11 resident Jane Ledwell says, “As a voter, I was happy to have two women candidates on the ballot.” She adds, “I know women’s voices were strong on the doorsteps in our district, and that all four candidates, regardless of gender, heard women’s views on issues such as education, mental health services, cosmetic pesticides, and proportional representation.”

Wilson congratulates Melissa Hilton for her putting her name forward in the by-election as well and congratulates Bob Doiron and Mike Redmond for well-run campaigns.

Following the District 11 by-election the total number of women will make up 18.5% (5/27), which is well below parity and still well below PEI’s historic high of 26% in 2007. Wilson concludes, “In the history of PEI, Hannah Bell is the 27th woman ever elected as MLA. In 144 years, that’s still just enough women to fill the seats of the Legislature once. It’s clear women are still significantly underrepresented among Members of the Legislative Assembly of PEI. As the 2019 provincial election approaches, it’s important for political parties to recruit, nominate, and support women candidates. Voters will support them at the polls. We look forward to working with all parties to ensure more women are nominated as candidates for the 2019 provincial election.”