The PEI Coalition for Women in Government invites members of the public to a free presentation and panel on “Confronting Gender-based Cyberviolence Against Women in Politics,” on Thursday May 24, 2018, from 6:00-8:30PM, UPEI.

May 18, 2018, Charlottetown – On PEI and around the world, women in political life face harassment, threats, and violence based on their gender. Many of the hateful messages come through social media, email, and the Internet. The PEI Coalition for Women in Government invites members of the public to a free presentation and panel on “Confronting Gender-based Cyberviolence Against Women in Politics,” followed by a reception on Thursday May 24, 2018, from 6:00-8:30 p.m. in McDougall Hall, UPEI. The public event will kick off Organize to Lead, a provincial symposium at the University of Prince Edward Island from May 24 to 26, 2018.

“We want to see more women in elected office in PEI, but the current climate of gender-based cyberviolence and online misogyny discourages some women from participating,” said Dawn Wilson, Executive Director PEI Coalition for Women in Government. 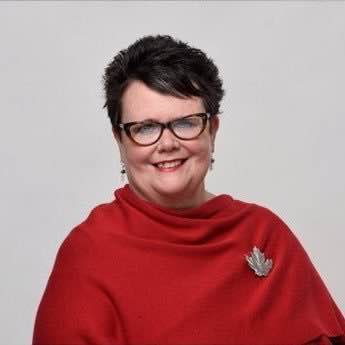 The “Confronting Gender-based Cyberviolence Against Women in Politics” event will begin with a presentation from Dr. Shanly Dixon, a digital literacy expert with the Atwater Library in Montreal, followed by a panel discussion with Joanne Bernard, former Nova Scotia MLA and cabinet minister, and Becka Viau, former provincial and federal candidate.

Joanne Bernard recalls the online vitriol she faced as a Nova Scotia MLA and cabinet minister, “I know first-hand how horrifying it is to become a target of online violence. It is not something women in politics are prepared for. In sharing my experience, I hope I can help raise awareness and prepare future women candidates.”

As a provincial and federal candidate in the 2015 elections, Becka Viau faced an onslaught of online misogyny from various social media platforms. She notes “PEI is not immune to gender-based cyberviolence. Municipal, provincial, and federal elections are scheduled to take place within the next 18 months, and now is the perfect time to raise awareness about the reality of navigating online spaces as women leaders,” notes Becka Viau.

As part of her work with the Atwater Library, Dr. Dixon undertook a three-year project aimed at preventing and eliminating cyberviolence against women and girls. "Gender-based cyberviolence against women politicians is real. This isn't about attacking a person's policies or decisions. Women are being targeted specifically because of their gender and it often includes personal threats of sexual assault and/or physical violence intended to discourage women from being or becoming active in politics," notes Dr. Dixon. "Gender-based cyberviolence is a complex problem that requires a nuanced and multi-pronged approach.”

Attendees of the public presentation and reception do not have to pre-register for the Thursday-evening event. However, those interested in attending other Organize to Lead symposium events during Friday and Saturday must pre-register, via the Coalition for Women in Government website.