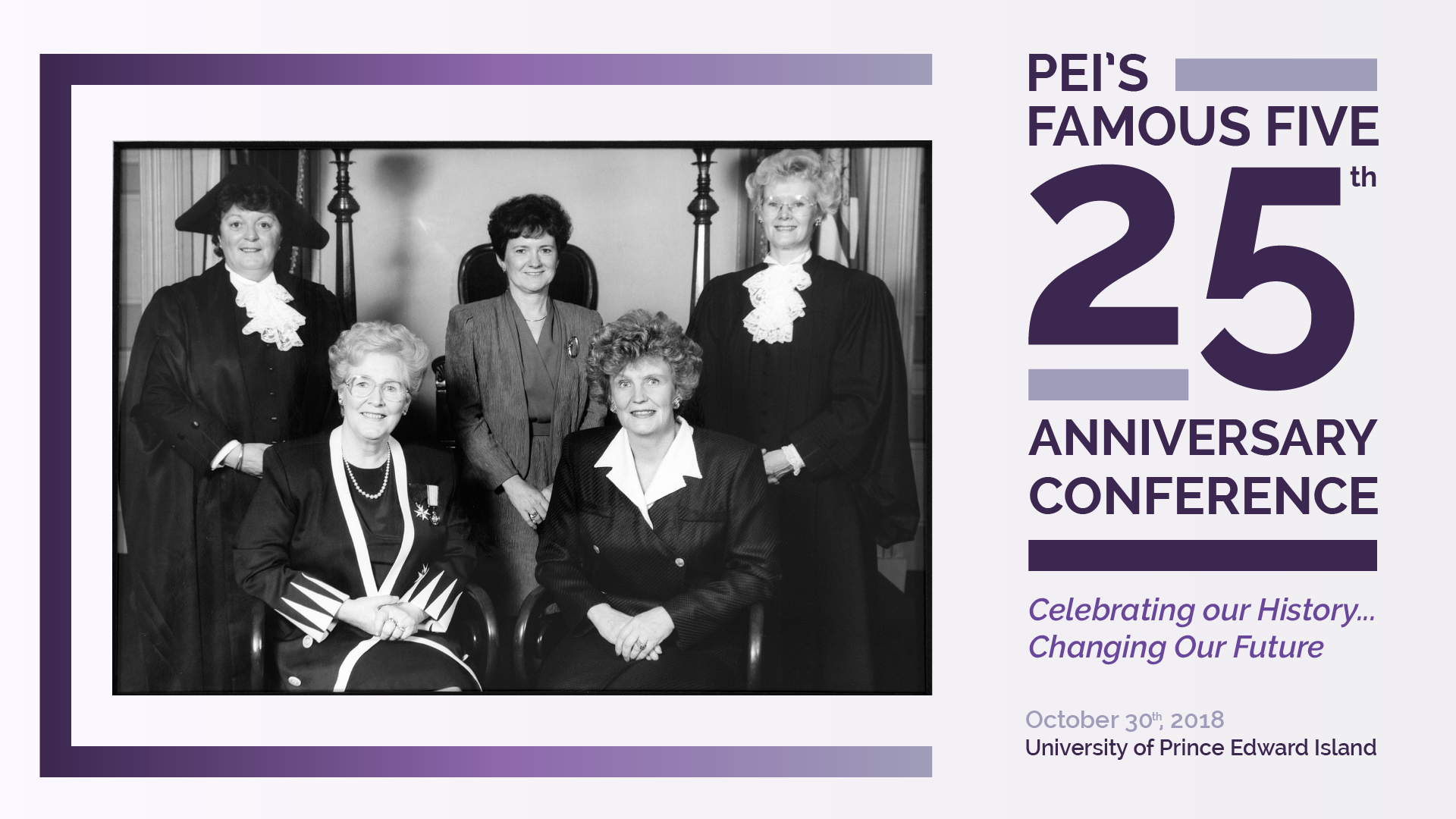 Brought to you in partnership by:

In 1993, women held five of the most influential positions in the province of Prince Edward Island. Premier Catherine Callbeck, Leader of the Opposition Pat Mella, Speaker of the House Nancy Guptill, Lieutenant Governor Marion Reid, and Deputy Speaker Elizabeth "Libbe" Hubley were elected and/or appointed to five of the most powerful positions in government. This was the first (and last) time in Canadian history that five women held these positions at the same time.

On October 30th, 2018 you're invited to participate in a forum that will mark this milestone and its significance in the political history of PEI and Canada as well as discuss the role of women in government and leadership. Let's celebrate PEI's living history and change the future through engagement, awareness, and creating tools for action!

The conference will be held at the W.A. Murphy Student Centre, UPEI, Charlottetown. 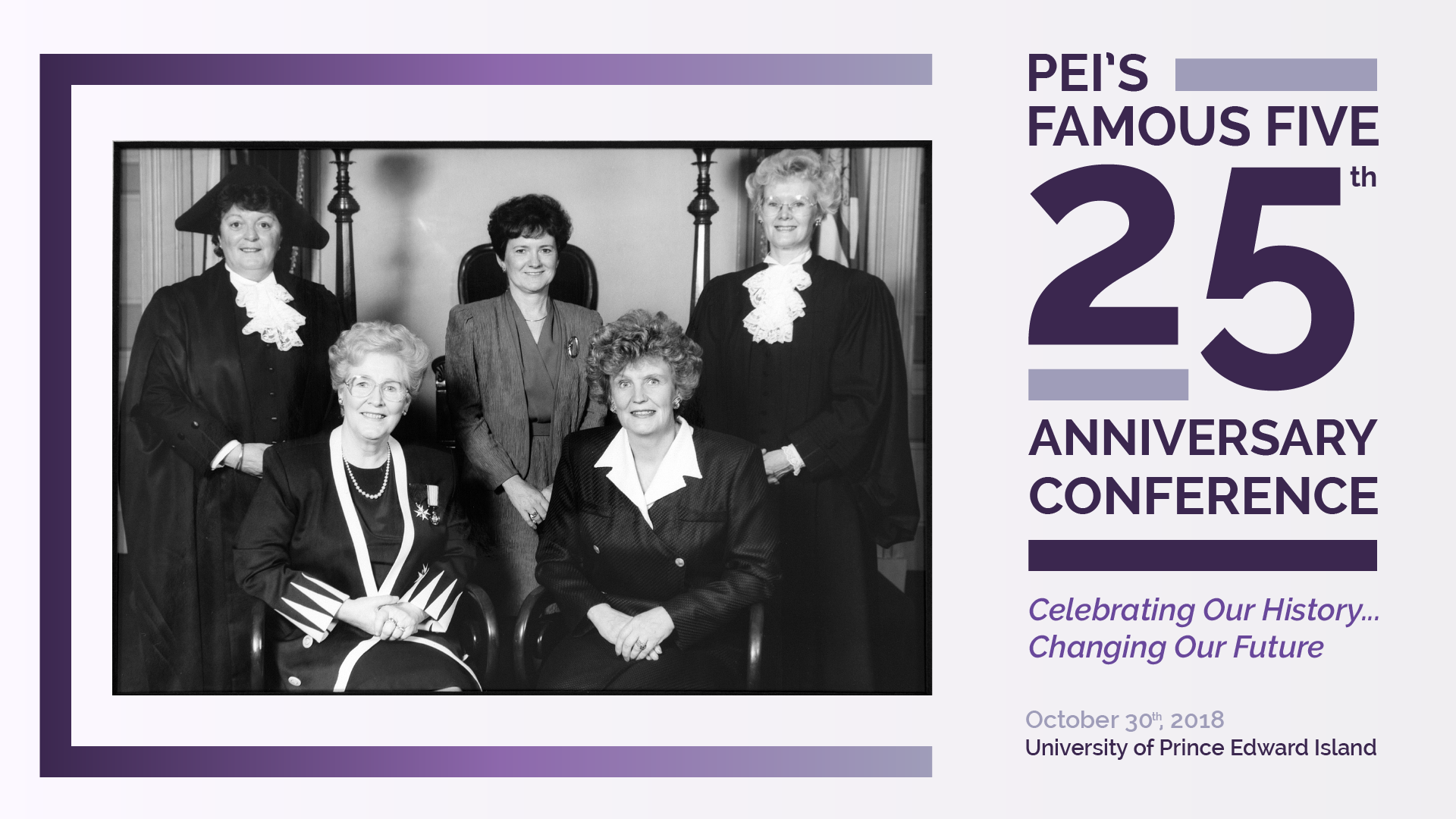 Brought to you in partnership by: